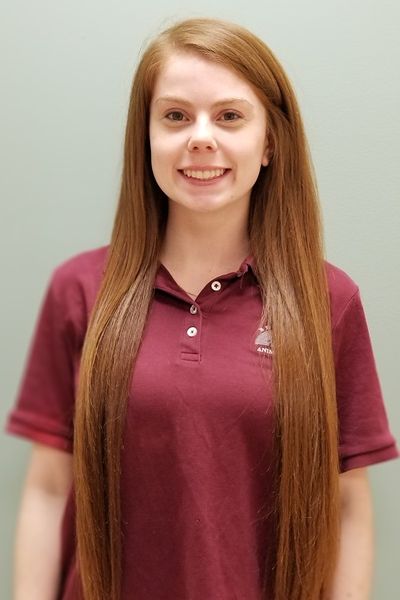 I have been a veterinary assistant with Brookfield Animal Hospital since 2018. I absolutely LOVE cats, I am a self proclaimed crazy cat lady! I grew up in Danbury and graduated from Danbury High School in 2013. I am hoping to attend Northwestern Connecticut Community College in the future to further my career in animal education.

My love for animals (especially cats) began when I was young, I have had cats my entire life! My family has 2 tabbies named Louie and Maggie who were rescued from hurricane Katrina, and my boyfriend and I adopted 2 kittens named Daisy and Nub. Unfortunately Daisy has since passed away, but before Daisy’s passing she gifted us with 4 babies. We chose to keep 2 of them which we named Zeek and Lilly (see I told you I was a crazy cat lady!) Last but not least I have a water turtle named Eugene who enjoys the finer things in life like shrimp for a snack.

My life goal is to eventually own and operate my very own rescue and adoption facility!